Nashotah is home to the Red Circle Inn which is the oldest restaurant in Wisconsin.

According to the latest census information, the current population is 1366 with approximately 968 persons of voting age.

Home to Red Circle Inn, Wisconsin’s oldest restaurant, which opened in 1847 and started out as a stage coach restaurant. 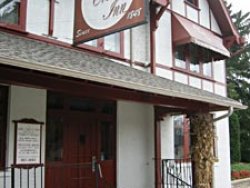 Attractions in or near Nashotah